The Origins of Gun Magazines 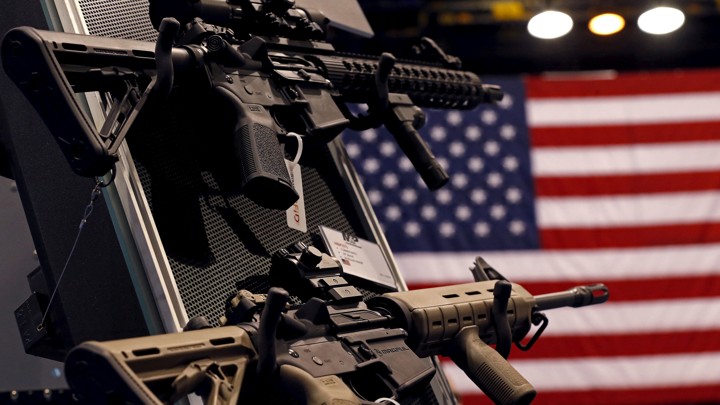 The History of Gun Magazines

As one of the most popular cartridge feeding systems, the magazines for firearms feature a long historical timeline and category diversity. However, there are several main types of firearms magazines with a lot of sub-categories and versions.

In this overview, we will study 4 basic types: the tubular, box, rotary and drum magazines with a couple of newer types that came out around the late decades of the 20th century but are not seen in much use today.

People are frequently comparing guns and cars, especially when analyzing car and gun fatalities, which is a wholly misleading and irrelevant approach. Of course, more realistically is comparing motor vehicles and firearms based on physics (dynamics, to be exact) point of view, where the firearm is considered as a special type of piston engine consisting of many mechanically-simple parts.

From that aspect, the cartridge magazine is one of the simplest parts of any firearm, yet it is one of the primary causes of gun malfunctions.

As earlier mentioned, the origin of magazines for firearms reaches all the way to the 16th century. However, with the development of the multishot guns (pepperbox guns, multi-barreled shotguns, and revolvers) at the end of the 18th and the beginning of the nineteenth century, the future progress of the firearms magazines was easy to foresee.

However, totally unexpected, the first weapons with efficient magazines weren't firearms but airguns, such as the famous Girandoni air rifle. The invention of Bartholomäus Girandoni, a clockmaker from the Austrian Tyrol region, was a revolution in an era of single-shot muzzle-loaded matchlocks. The Girandoni pneumatic rifle was a repeater, featuring a unique 20-round tubular gravity feed magazine and was capable of firing 20 rounds in sequence.

In the most straightforward words, a magazine is a thing that holds the bullets, or by definition, it is a weapon part that is used for ammunition storage and at the same time a feeding device for feeding cartridges into a gun's chamber. This is also the main difference between magazines and clips, because the clips lack any kind of feeding mechanism, making them devices that can only securely hold a bunch of cartridges.

With that said, the shooters are generally using clips to reload magazines of their rifles or handguns quickly. Most widely known clip types are moon clips used for quicker reloading of revolvers, the stripper clips used for loading Mauser bolt-actions and some other rifles, as well as the en-bloc clip found on the US .30-caliber Garand M1 and many others.

On the other side, a magazine, or short "mag" in modern colloquialism, may be of a fixed type or a detachable type and can be found in many shapes, sizes and positions on firearms. Generally, magazine housings hare built from metal or plastic, which can sometimes be partially transparent, allowing the user to check the remaining ammunition quickly.

Though the modern magazines for firearms are usually of the box type, the very first mags were the fixed "tubular" magazines found on the lever-action rifles and the early bolt-actions. The tubular magazines commonly are placed under the barrel (lever- and pump-actions) or in the buttstock (the Spencer carbine and rifle).

Whereas the tubular magazines perfectly fit the contour of the weapons, they have some limitations like using only soft-point or flat-tipped bullets, smaller capacity, and slower reloading.

The box magazine was designed as a result of the development of smokeless propellants and smaller caliber cartridges topped with more ballistically oriented bullets. The box magazine stores the cartridges side by side, in single or double (staggered) rows, but there is also a quadruple column known as a casket magazine. The box magazines are the most popular way to reload weapons, and you can find two types of box magazine: the internal or fixed magazine and the removable box magazine.

While the internal box magazines are regularly seen on bolt-action target and hunting rifles, the detachable magazines are commonly seen in modern long and short-barreled arms intended for sporting, defense or military use.

Today, the removable box magazine is the main feature of the high-volume-of-fire military weapons. Nevertheless, this type of magazine actually appeared by the end of the 19th century in Hugo Borchardt's pioneering design in 1893, with the detachable magazine in grip. Though commercially unsuccessful, after the semiautomatic pistol Borchardt C-93 nearly all subsequent self-loading pistol designs adopted detachable box magazines.

The rotary magazine approach is quite old, and it belongs to the 5 basic types of magazines that have been commonly used. The spool or rotary magazine was developed in 1885 by Otto Schonauer and one of its earlier versions was used in the Savage M1895 and Model 99 rifles.

Rotary magazines are based on a star-shaped rotor or sprocket that is rotated by a torsion spring. Rotary magazines can use pointed (spitzer) bullets safely and they may be either a fixed or detachable design.

The practical capacity of a rotary magazine is limited by the cartridge used, so they are usually of low capacity with 5 to 10 rounds. On the other hand, rotary magazines typically fit right into the magazine's stock, making them much more convenient than other mags types.

One of the well-known weapons to use the rotary magazine is the Ruger 10/22 rifle.

The drum magazines are mounted from below the gun and they are mainly designed for select-fire and ever-hungry full-automatic weapons.

After the First World War, drum magazines spread around the world as a viable option for newly adopted infantry assault concept known as marching fire or walking fire, and some of them proved to be quite successful. From this particular tactic soon evolved the modern double-drum magazines holding up to 100 rounds of ammunition used primarily for light machine guns.

With its cylindrical design, the drum magazine concept is quite old with many variations to the drum magazine forms and capacities. Still, their common feature is the cartridges located side by side with bullets pointing parallel to its axis.

This construction is well-known for its capacity compared to box magazines but also for the increased total weight and altered balance of the firearm.

Another type of high-capacity magazines intended for suppressive fire from automatic weapons was a pan magazine. It is similar in shape to drum magazines, but unlike them, it is mounted on top of the firearm and operates a bit differently.

Compared to the drum magazine, the pan mag is more cumbersome and heavier, but due to its flat design, it enables the operator to lie prone on the ground without exposing himself much.

Another top-mounted mag is the horizontal magazine, which is unique in lying above the weapon. The magazine keeps the rounds at 90 degrees, and the feeding system uses the follower to rotate cartridges before being chambered.

This type of magazine sits flat inline with the gun and parallel to the barrel. A horizontal magazine hosts two rows of cartridges that lie at right angles to the barrel.

Compared to a box magazine, horizontal magazines are much more balanced and convenient to hold whereas they can contain a larger number of rounds for their size.

A 50-round capacity horizontal magazine made of translucent plastic material is the most distinctive feature of the Fabrique Nationale FN P90 personal defense weapon.

The next type of the top-mounted feeding system is a helical magazine, which is using an auger for the feed mechanism. These magazines feature a helical type feed mechanism that uses an Archimedes` screw-type design and dating back to the 19th century. It means that the cartridges are arranged in a helical spiral, allowing for a high-capacity ammunition design in a compact package.

While the helical magazines extend the drum magazine concept in ammo capacity and less bulky form, their expensive and complicated mechanism affected extensive use and popularity.

Your #1 Source of Gun Mags

While guns mags have changed over time, the fact that we are entitled to lawfully possess firearms has not. Unfortunately, not every American enjoys the same Second Amendment rights as others. The fact is that some states and municipalities impose limits on the type of firearms you may or may not legally possess.

Additionally, many states impose suffocating restrictions on the ammo capacity that your firearm is allowed to hold at once. While we cannot solve all of the 2A issues at once, what we can do is offer you access to blocked and riveted mags that, by design, render an otherwise 30 round PMAG to just 10 rounds.

Check out our inventory of gun mags and be sure to register so that you may fast track product purchasing and stay on top of our latest deals.