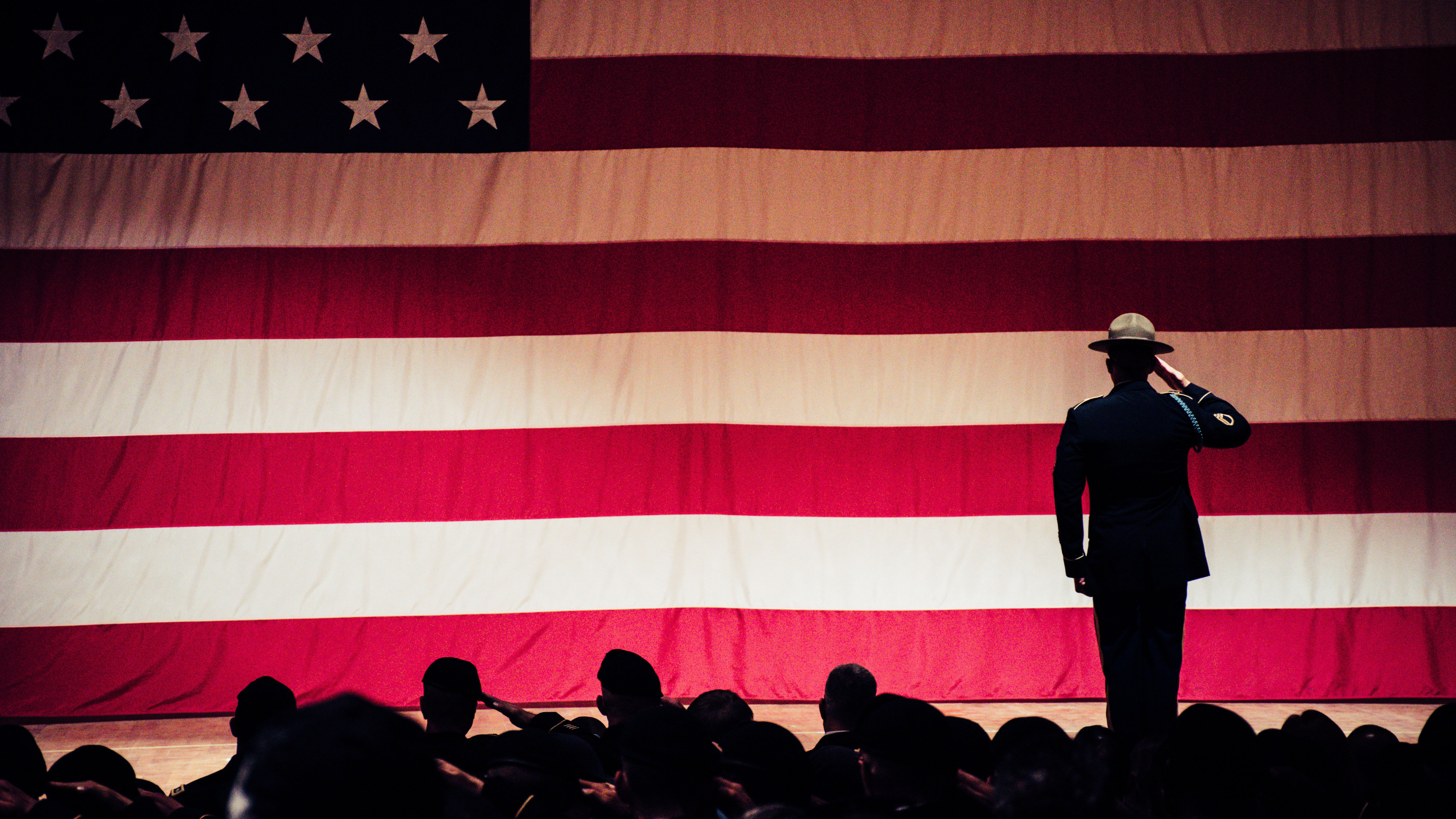 The Main Difference Between Magpul PMAGs and Other Polymer Gun Mags

PMAG Gen M2 and Gen M3 Versus All Others

Today, even the most ardent traditionalists already know that the time of the classic wood and metal guns is long gone. New, space-age materials and technologies are entering all aspects of firearm manufacturing, providing significant advantages for both civilian and professional use.

Although metal ammunition magazines (steel or aluminum) are still widespread, particularly in militaries, ammo magazines from synthetic materials are increasingly present at the commercial market because they have many advantages over metal magazines. Unlike traditional steel magazines having the potential to both dent and rust, the newer age polymer magazines do not have such undesirable traits since they are very durable and self-lubricated with no need for cleaning.

Besides, polymer magazines are lightweight and very cost-effective, so their breakthrough to the market is not surprising.

While the first polymer magazines were ultra-rigid, somewhat brittle or may tend to have melted feed lips, the XXI century has brought more high-quality polymer magazine options developed either for handguns or rifles.

When you are looking for polymer mags or if you're going to buy extra magazines for your ever-hungry semi- or full-auto weapons, the chances are high that you come across Magpul PMAG's.

Undoubtedly, the Magpul will be the first name you’ll encounter when you are in pursuit of polymer mags. Founded in 1999 and based in Austin, Texas with manufacturing operations located in Cheyenne, Wyoming,

Magpul Industries Corporation is a manufacturer of high-tech and high-grade polymer firearms accessories. They began with a simple device intended to aid in the manipulation of rifle magazines that would later develop into the company, which set the standard for reliability in an AR-15 magazine industry. The name MagPul stands for "magazine puller", their first product. Magpul Industries Corp entered the ammo magazine field in 2007 releasing the original PMAG 30 polymer magazine. It is a fiber-reinforced plastic-encased magazine of 30 round capacity developed for AR-15 rifles and carbines. This 30-round AR magazine was designed to be at least as reliable as the best metal magazines, but it surpasses the aluminum AR-15 mags by many criteria.

The polymer PMAG 30 magazines are immune to rust, virtually crush-proof and more durable than the traditional AR-15 magazines. When the Magpul released in 2007 their first generation of PMAGs, the civilians eagerly accepted this polymer magazine for AR-pattern rifles recognizing the PMAG` benefits over other feeding devices.

The original PMAGs (an acronym for "polymer magazine") came with all-polymer, monolithic construction and were designed with M4/M16/AR-15 carbine/rifles on the mind. While their compatibility with AR-15/M16 platform weapons was out of the question, there was some incompatibility with 'STANAG 4179' (the NATO draft standardization agreement (STANAG) on magazines and ammo) compliant weapons such as the HK 416 and British SA80. However, Magpul reacted within a very short time and released to the market the EMAG ("Export Magazine") to fit and work with other STANAG 4179-compliant weapons. Because some foreign-made weapons have tighter mag wells than an AR, Magpul developed the EMAG with a slim, rib-less, anti-snag profile, but soon the Magpul phased out the EMAG in favor of the M3.

Though compared to some less known polymer counterparts, the regular Magpul items are made for hard use with a much tougher breaking strength, and they have also gone through several incremental improvements. Henceforth, the Magpul after the original PMAG and upgraded EMAG introduced the PMAG 30 AR/M4 GEN M2 MOE and PMAG 30 GEN M3 in 2012. The new generation M3 synthetic magazine is a combination of the EMAG and PMAG design and technologies, making it compatible with all STANAG 4179-type rifles. The PMAG 30 Gen 3 is produced using updated material and processes and differs in several areas from its M2 predecessor.

While the overall style is the same and both versions feature slots to accept stripper-clip guides, the M3 mags can be most easily distinguished by a dot matrix formed into the lowest section of the body on both sides.

Further, M3s have a little shelf on the spine acting as an over-travel insertion stop that prevents over-insertion of the magazine.

Another visible difference is a slimmer profile of the Gen 3 due to the narrower floorplate which contributes to better mags stack and fit into tight mag pouches.

The PMAG M3 features like Gen M2 impact/dust cover which clips on over the feed lips to protect the feed lips and keep debris out of your loaded or unloaded magazines. But due to the slightly changed profile, neither the dust covers from PMAG Gen M2 do not fit to the new generation mags, nor can the M3 magazines store its dust cover on its floorplate like old ones.

The PMAG M2 comes with the attachable dust cover

As mentioned above, featuring modified internal and external geometry the GEN M3 PMAG was tested in almost every AR-pattern platform currently available with an emphasis on non-Colt-spec platforms such as the HK 416, British SA-80, FN SCAR MK 16/16S, M27 IAR, and others. Other less visible differences are ranging from improved orange peel texture, a new low-friction anti-tilt follower in a bluish-grey color to the stronger polymer for increased durability. Although, the redesigned next-generation PMAG 30 GEN M3 have ensured the overnight successes to Magpul, not the other players in the small-arms accessory sector were not idle, but they offered their solutions.

The Magpul PMag magazines are an excellent option but are also expensive. If you are on a tight budget or you are looking for cooler looking magazine option for your AR, you have several quality aftermarket options available to you.

In this overview, we won't discuss synthetic magazines from unknown or less reliable manufacturers, as their magazines are generally made of a basic polymer (read: cheapest), causing they regularly suffer from the breakage-prone feed lips and seem susceptible to cracking over a short time.

The brand of Magpul is the gold standard of polymer magazines, but they aren’t the only major polymer magazine-maker. Known for their top-tier long gun offerings, Daniel Defense has entered the crowded polymer magazine market releasing its DD32 magazine made of polymer and carbon fiber mixture to reduce weight and provide extra strength. Compared to the Magpul 30 round magazine, DD32 holds two additional rounds in the same size magazine.

The next selling DD feature is an aggressively textured magazine body that is impressive compared to the PMAGs smooth texture. Similar to PMAG, DD32 magazine states full compatibility with other AR-friendly calibers, such as 300 BLK. On the flip side, the DD32 magazine comes at nearly twice the cost of a Magpul PMAG.

The Elite Tactical System magazines feature like PMAGs all-polymer construction without any metal inserts as well. Whereas the PMAG has a MagLevel Window for visual indication of remaining cartridges in the magazine, ETS magazine comes with a completely translucent body that allows you to see your ammo count and type.

Another selling point is the built-in coupler system allowing you to connect ETS magazines for quick and easy reloads. These overbuilt magazines are constructed of an extra-rigid proprietary polymer compound which is very resistant to harsh chemicals, extreme heat and cold conditions.

The magazine body is heavily ribbed for a sure grip and sports massive floorplate with a polymer cartridge protruding from the base, performing the magazine disassembly button.

At first glance, the TangoDown ARC (Advanced Reliability Combat) is just another answer to the PMAG, but TangoDown ARC is the most unique of the bunch. One of the more common complaints about the polymer magazine is snagging on magazine carrier pouches due to the oversized baseplates. Unlike conventional magazines, the TangoDown ARC is designed as the two-piece body that detaches in the middle. Since TangoDown comes without a removable floor plate for disassembly, it stacks very well in ammo pouches no matter they are new or broken in. Also, TangoDown ARC magazine has an extremely bright white follower, which can help in identifying a cleared rifle.

Hexmags are more recent arrival to the polymer magazine scene offering an excellent all-around design at a very affordable price. Featuring a very cool honeycomb pattern body and ultra-slim profile, these magazines a great alternative to the big name brand magazines on the market.

Besides its hexagonal texture design, the Hexmag is offering some exciting innovations like a spectrum of different color options for anti-tilt followers and base plates. That will allow you to choose a color scheme for any of your ammunition variations. The Hexmag body is built of a fiber-reinforced polymer, which is lighter than the PMAG and other competitors.

Though the heat-treated spring is made of 17-7 PH stainless steel, it is lighter and feels cheap compared to the PMAG springs. Anyway, the Hexmags are reliable and affordable magazines for every civilian purchaser as they have redeeming options that Magpul doesn't offer.

For the end of this review, we left the Lancer L5 Advanced Warfighter Magazines, hybrid polymer magazine. Compared to the all-polymer, monolithic magazines like PMAGs, where the feed lips are probably one of the most significant problems, Lancer hybrid magazine utilizes metal collar and feed lips that don't break or split as easy as polymer feed lips.

As a favorite magazine of competition shooters, The Lancer is offered with translucent white and gray options and standard black.

These durable and reliable hybrid mags are textured for a comfortable grip and ensure they'll tolerate hard use and abuse for years.

Because of the steel-reinforced feed lips and hybrid construction methods, the Lancer is slightly heavier and pricier than PMAG, but if you want sturdy, long-lasting feed lips the Lancer L5 AWM is your number one choice.

In our experience, these entire polymer magazines are currently the top choice for any of your personal preferences. Whether you are looking for reliability, stack-ability, robustness or cost is your biggest concern both PMAGs and others reviewed polymer magazines would serve you for years – and continue to feed properly.